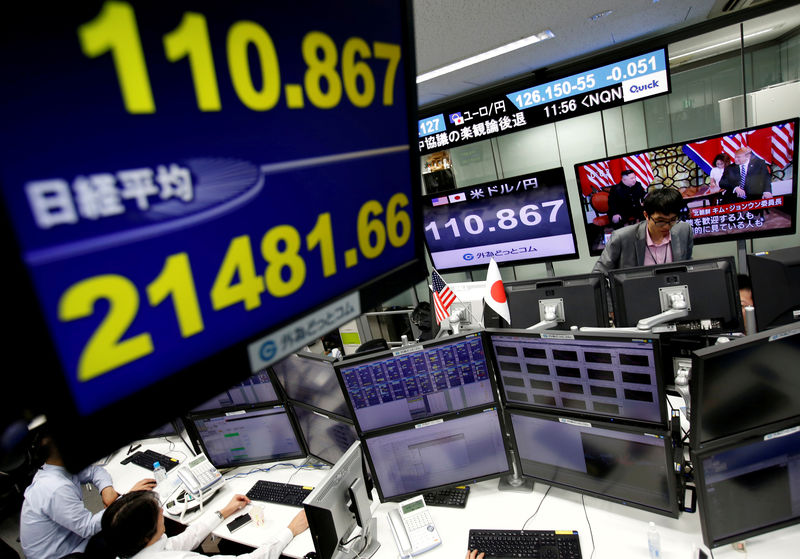 By Tommy Wilkes and Saikat Chatterjee

LONDON (Reuters) – Global daily currency turnover surged to a record $6.6 trillion, with London shrugging off Brexit uncertainty to extend its lead as the world’s dominant trading hub, the Bank for International Settlements (BIS) said on Monday.

Foreign exchange markets had been shrinking when the BIS released its last triennial forex survey – considered the most comprehensive take on what is the world’s largest financial market – in 2016 as banks and hedge funds pulled back from trading.

The latest edition, however, shows the market has bounced back with a hefty 29% jump in daily trading volumes from the $5.1 trillion recorded in 2016, lifted by huge growth in FX swaps activity, the rise of new proprietary and high-speed trading firms and more demand for emerging market currencies.

But the topline increase in daily global FX turnover hides growing headwinds facing the industry. Among them is the rise of FX swaps used by banks and investors to hedge their currency exposure and which typically generate less revenue than plain old cash trading or highly complex and structured deals.

The survey by the BIS, a central bank umbrella group, showed that spot, or cash, volumes continued to decline, slipping to 30% of all daily volumes from a peak of 38% in 2013. FX swaps, meanwhile, gained market share and totaled 49% of all volumes in April 2019, up from 47% in the previous survey.

The BIS collated the data from volumes reported in April by nearly 1,300 financial institutions across 53 jurisdictions.

In a separate survey, the BIS said the market for over-the-counter interest rate derivatives more than doubled to $6.5 trillion from $2.7 trillion in 2016, driven mainly “by increased hedging and positioning amid shifting prospects for growth and monetary policy”.

The BIS said improved reporting contributed to the rise. Britain recorded the biggest share of daily turnover, accounting for $1 in every $2 of interest rate derivatives traded.

Foreign exchange is the crown jewel of London’s financial sector. Industry experts say the city’s convenient time zone and its grip on FX trading infrastructure and personnel mean the sector could emerge unscathed from all the Brexit uncertainty.

The BIS said London’s share of daily volumes rose to 43%, up from 37% in 2016, while the United States’ share shrank to 17% from 20%. In Asia, growing volumes in Hong Kong offset weakness in Singapore and Tokyo.

Notably, mainland China registered an 87% increase in trading activity to become the eighth-largest forex trading center, up from 13th in 2016.

The dollar () remained the world’s most dominant currency and was on one side of 88% of all trades.

There was little change in the ranking of the major currencies and market shares, though lower volatility in dollar-yen trading led to a drop of 5 percentage points in the Japanese yen’s share to 17%, keeping it in third place behind the euro.

Sterling’s share stood at 13%, unchanged from three years earlier despite prolonged bouts of Brexit-induced volatility, remaining ahead of the Australian and Canadian dollars .

Emerging market currencies raised their share to 25%, up from 21% in 2016. The growth came from a jump in Hong Kong dollar trading , as well as in the Korean won , Indian rupee and Indonesian rupiah , the BIS said.

Despite Beijing’s push to broaden international use of the Chinese currency in recent years, the survey showed the yuan rising in line with overall market growth, leaving it with a 4.3% market share behind the Swiss franc .

The Mexican peso and Turkish lira – the latter suffering a currency crisis in 2018 – dropped in the rankings.