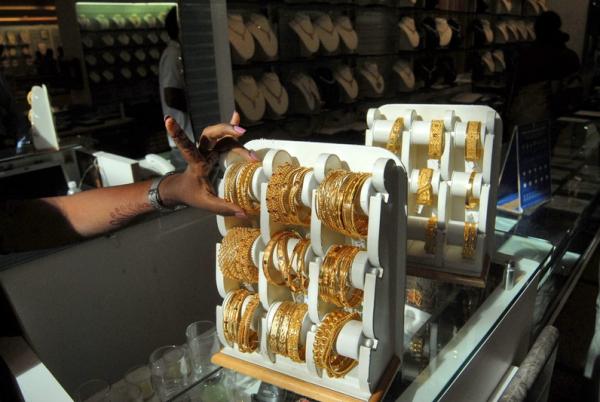 Investing.com — Gold prices stabilized around $1,510 an ounce on Monday after the attacks on Saudi Arabian oil installations at the weekend triggered a flight to safety in global financial markets that benefited almost all haven assets.

The move upward in gold echoed that in bonds, where yields fell sharply in response to the attacks. The yield, after a sharp sell-off last week, fell eight basis points to 2.30%. Bond prices move inversely to yields.

European bond yields have also risen broadly, although they remain at much lower levels after the European Central Bank ensured a lasting bid for them by reviving its quantitative easing program at last week’s policy meeting.

Attention this week will be focused on the Federal Reserve, where the Federal Open Market Committee will hold its regular meeting on Tuesday and Wednesday. According to Investing.com’s , the chance of a 25 basis-point cut in the Fed funds target range has now fallen to 78%, its lowest in several weeks, after stronger-than-expected and data on Friday undercut the case for aggressive policy easing.

Against the backdrop of easier global monetary policy, gold remains a core strategic recommendation for many analysts. Cross-asset strategists at JPMorgan (NYSE:) expect a modest pull-back to $1,485 by the end of this month, but still see gold rising to over $1,710 by June next year.

Chamber of Commerce By Reuters

a week of turmoil for crude, and more pain to come By Reuters