FFA hope Tokyo’s rescheduled 2021 Olympics features a revised under-24 men’s soccer tournament to ensure a swathe of Olyroos that qualified the side all get a chance to compete.

Graham Arnold’s team ended a 12-year Olympic absence by qualifying earlier this year for the tournament that is, aside from three over-age exemptions, usually an under-23 event.

Tom Glover, Alex Gersbach, Jordan Holmes, Thomas Deng, Daniel Margush and Connor O’Toole were all part of the squad that helped the side book their ticket with a third place at their Olympic qualifying event in January.

Almost as many were in the frame for Tokyo 2020 despite missing the Thailand tournament.

But unless selected as an over-age player – slots usually reserved for established Socceroos – all of them will be too old to feature in 2021 unless the age limit is lifted. 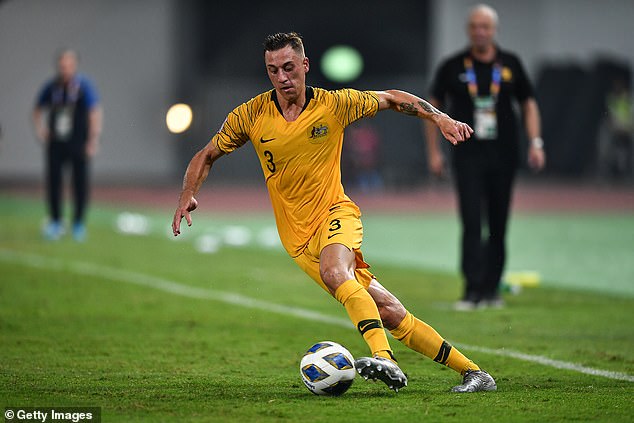 Alex Gersbach of Australia in action during the AFC U-23 Championship Quarter Final match between Australia and Syria at Rajamangala National Stadium on January 18, 2020 in Bangkok

Adding further intrigue is that suspended trio Nathaniel Atkinson, Lachie Wales and Brandon Wilson will have also served their punishment for an off-field incident in Cambodia that was originally set to deny them an Olympic berth.

Arnold has been in Australian Olympic boss John Coates’ ear about adjusting the age limit ever since the call was made to shift the Games.

It’s a view shared by Australian Olympic Committee chief executive Matt Carroll and FFA boss James Johnson, who will ‘open up discussions’ with FIFA and the Asian Football Confederation.

‘This would ensure the players who helped their nation qualify for the Games this year but might otherwise be ineligible for the tournament next year because of age restrictions, have an opportunity to fulfil their dreams of representing their country and becoming Olympians,’ Johnson said.

Carroll said it was an issue that the IOC and FIFA ‘will have to address’.

‘This hopefully is a once in history event, a postponement of the Games,’ he said.

‘I think with good working relationships, together we can get over all those technical details and ensure that people who have qualified remain qualified,’ he said. 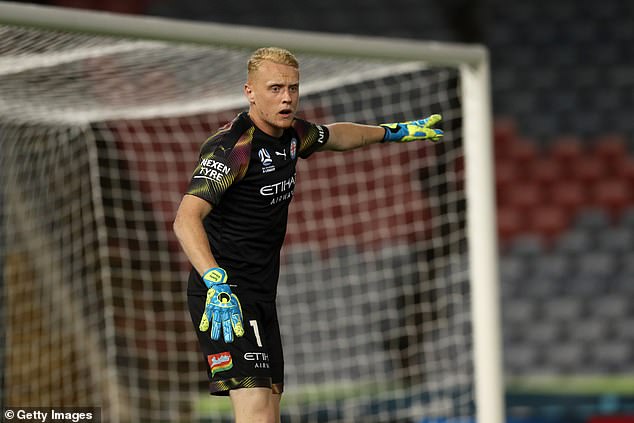 Tom Glover of Melbourne City during the round 26 A-League match between the Newcastle Jets and Melbourne City at McDonald Jones Stadium on March 23, 2020