Backpackers from rich western countries are begging in the streets of Bali, Thailand and Laos for cash, accommodation and transport, with no sign the trend will stop.

Dubbed ‘begpackers’, the tourists are earning a bad reputation in impoverished countries where the struggling locals they compete with are forced to beg in order to survive because of extreme poverty or sickness.

The practice has become endemic in tourist areas of southern Bali like Kuta, according to Farmers Yard Hostel, which offers free stays in return for work.

Many young begpackers reject consumerism and want to travel with no money, provoking an angry response from social media users who consider it self-indulgent. These begpackers were called ‘an embarrassment to the Western world’ on Facebook

Juka, who runs the hostel, and like many Indonesians has only one name, said the hostel had to implement rules against freeloading after an influx of begpackers.

‘There are heaps of people who just come and borrow, and take,’ he told the ABC.

Many of the rent-seekers were said to be affiliated with the Rainbow Gathering, a neo-primitive hippie movement into tribal drumming that hates consumerism.

Despite repeated condemnation and social media posts exposing the freeloaders to public ridicule, the social phenomenon refuses to die as ongoing images reveal.

In one video, three backpackers stand on a busy street in Thailand, holding a sign to hitchhike to the mountain town of Kanchanaburi. 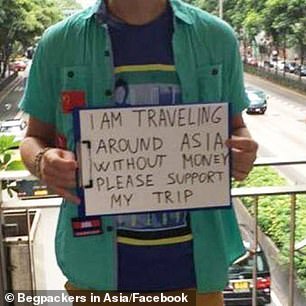 The problem is ongoing in southeast Asia

They approach a Thai man in a car, who is filming them, and say ‘no money’.

They remain wandering up and down the median strip on the busy highway waiting for a free trip.

The video provoked a number of irritated responses.

‘What an embarrassment to the West,’ wrote another.

Not all the travelling beggars are from the Western world, however.

While some are Australian or British, many others are from poorer eastern European countries such as Russia or Ukraine.

Joshua D Bernstein, a tourism researcher from Thammasat University in Bangkok, said a majority of those he interviewed were from the former Soviet Union, ABC news reported.

In one video, a Russian couple are seen swinging their baby around as they busk for money in a strange musical performance in Bukit Bintang, a popular tourist area of Kuala Lumpur, Malaysia.

The couple were arrested during their street performance, and the video went viral.

Begpackers have been spotted in Laos, Indonesia, Hong Kong and Thailand. 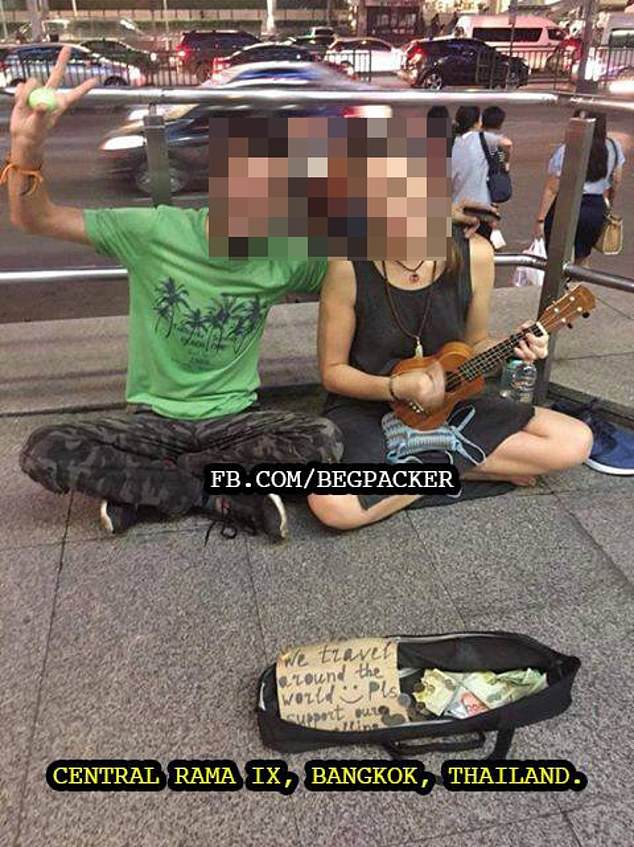 Often the begpackers will busk in return for donations 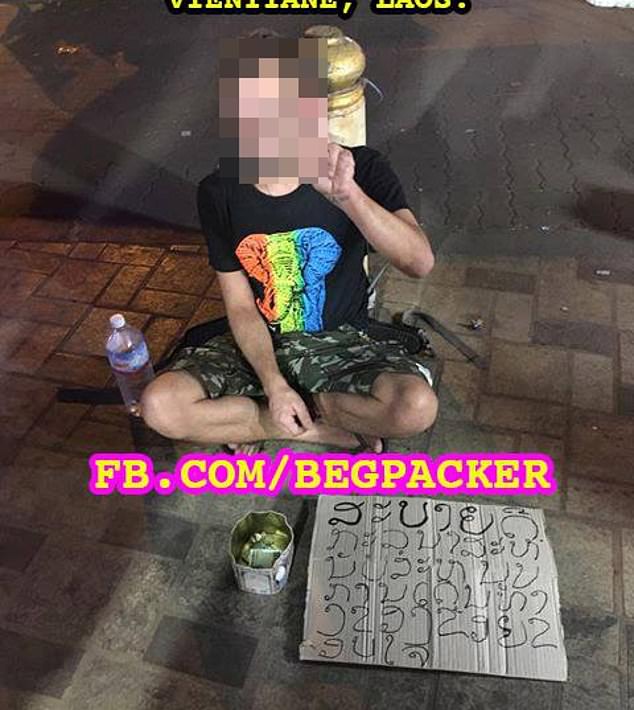 This young man was spotted begging on the streets of Vientiane, capital of impoverished Laos

They sit by the side of the road and beg for cash, or try to hitch free rides, bum accommodation without paying for it, busk for donations, or try to sell photographs and trinkets in the streets as they indulge their journeys of self-discovery.

Facebook page Begpackers in Asia has uploaded photographs of travelers sitting with their begging signs out on the streets of Vientiane, Laos, and Bangkok, Thailand, with scores of commenters condemning the beggars who are perceived to be rich and privileged. 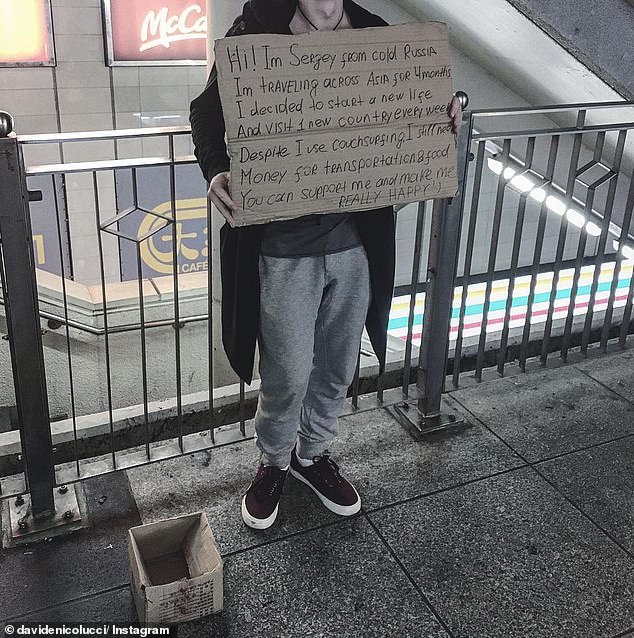 Most of the begpackers are from eastern European countries from the former Soviet Union, said Joshua D Bernstein, a tourism researcher from Thammasat University in Bangkok

Social media users voiced their annoyance at the freeloaders 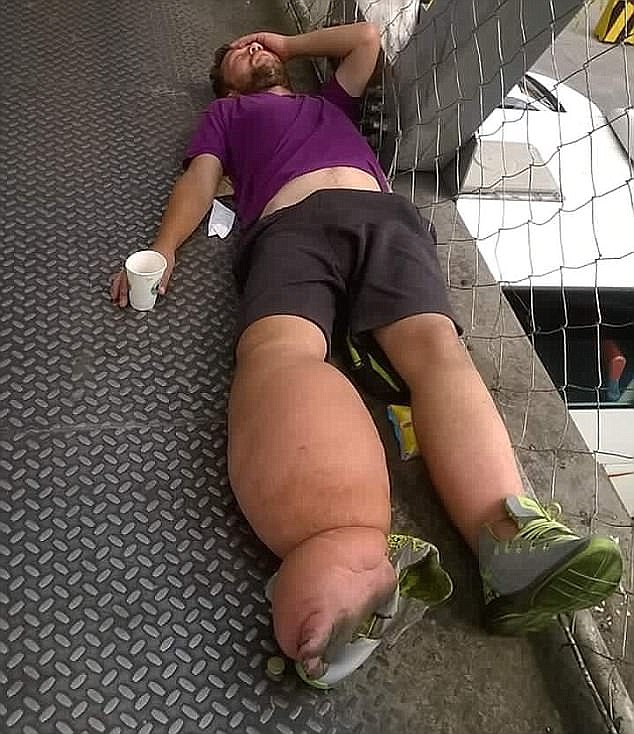 German Benjamin Holst, dubbed ‘the big-legged beggar’ was banned from Thailand in 2017  because he used his deformed limb to get sympathy and cash to fund partying

‘Grab, penalty, ban and deport. If can’t pay penalty – prison, ban and deport,’ wrote Danny Kalina under a picture of a young beggar sitting on a Vientiane street giving a peace sign gesture with his hand.

Thailand has passed a law making it illegal to give money to beggars, and expects travelers to show proof they have a minimum of 10,000 Thai baht (about $485) before letting them enter.

Indonesia’s immigration department said in June it would target first-world beggers in Bali by reporting their activities to their relevant embassies.

‘Foreign citizens who run out of money or are pretending to be beggars, we will send them to their respective embassies,’ he said.