A controversial zoo in Thailand has caused outrage after forcing a chimpanzee to ride a bike while spraying coronavirus sanitizer.

Footage from the Samutprakarn Crocodile Farm and Zoo, on the outskirts of Bangkok, shows the chimp wearing a surgical face mask, denim shorts and an orange Hawaiian shirt as it pedals a children’s bicycle with disinfectant tanks strapped to the back.

Campaigners described the footage as ‘heartbreaking’.

At around one minute into the video, the chimp, who is chained to a wooden block, can be seen pulling on a nappy before a zoo worker hands over the human clothes. 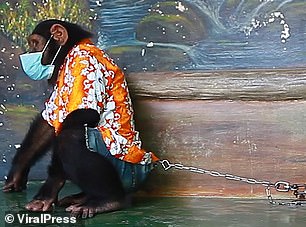 The chimp, chained to a wooden block, can be seen wearing a face mask as it dresses itself in human clothes 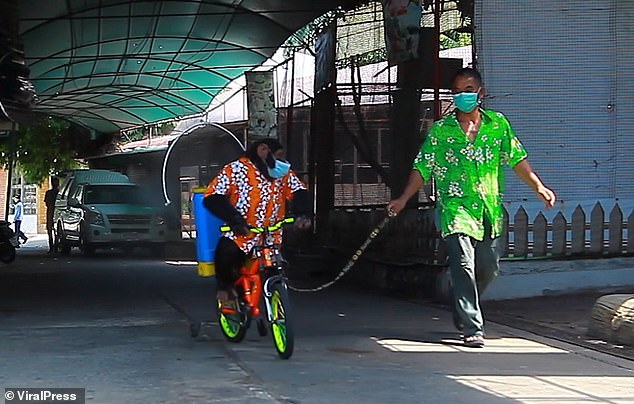 The chimp pedals on the children’s bike, complete with fluorescent wheels, while a zoo worker jogs alongside

The video shows the chimp swerving around the zoo on a child’s bike as disinfectant sprays out of the tank at the back.

A zoo worker jogs alongside the wobbling bike while holding a lead chained to the chimp, as it struggles to maintain its balance.

Towards the end of the video the zoo worker encourages the chimp to applaud its work.

Animal rights group PETA described the treatment as ‘heartbreaking’ and said the zoo was a ‘hell hole’.

Spokesman Nirali Shah said: ‘Places like Samutprakarn Crocodile Farm and Zoo are hellholes where animals like this chimpanzee endure miserable lives in captivity every single day. 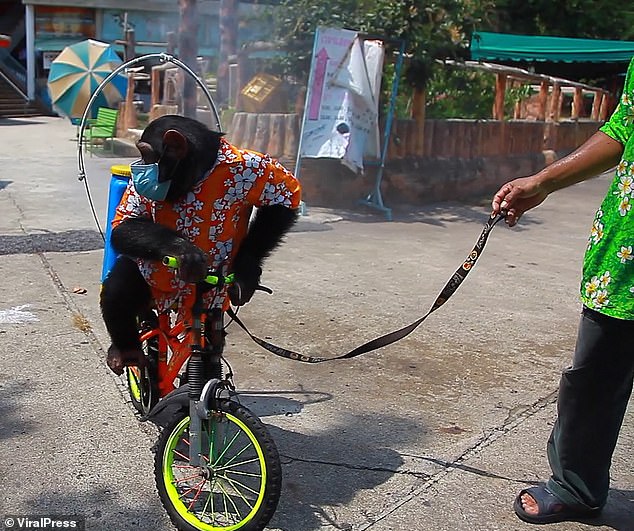 Zoo director Uthen Yangpraphakorn claimed the chimp was used to help clean the zoo in preparation for its re-opening once the government lifts coronavirus lockdown measures.

Yangpraphakorn said: ‘We have been closed since the government orders about the virus, so in the meantime we do not have much to do.

‘We clean the place two or three times a week in case the government will allow us to re-open, so we are ready to start accepting visitors again.

‘The chimp was also train in the farm so we just brought him out to let him stretch his limbs during this inactive period.’ 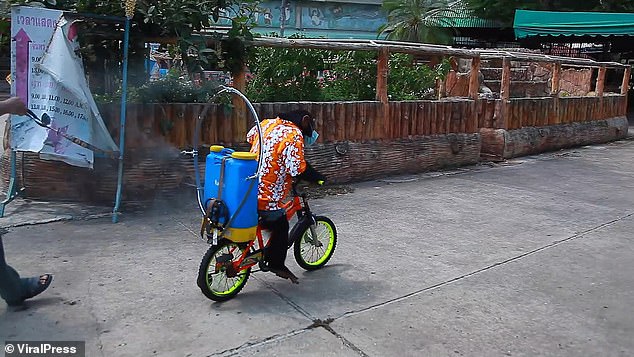 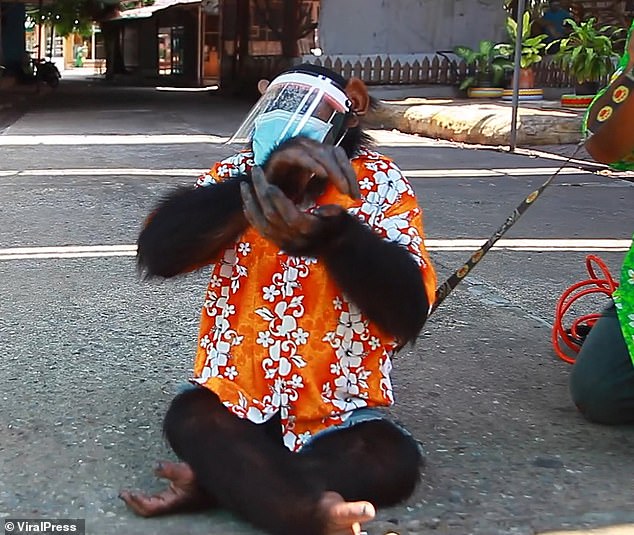 The chimp, complete with a visor and face mask, is encouraged to applaud its work

Campaigners have been trying unsuccessfully for several years to have the zoo closed after repeated claims of emaciated elephants being abused, bears stuck in filthy pools and malnourished crocodiles.

PETA investigators say they have documented several accounts of abuse at the zoo last year including animals being beaten with bamboo sticks.

‘PETA submitted the investigative findings to the Thai police and lodged an official complaint with authorities, urging them to inspect the zoo.’

It is not the first time the zoo has sparked controversy. 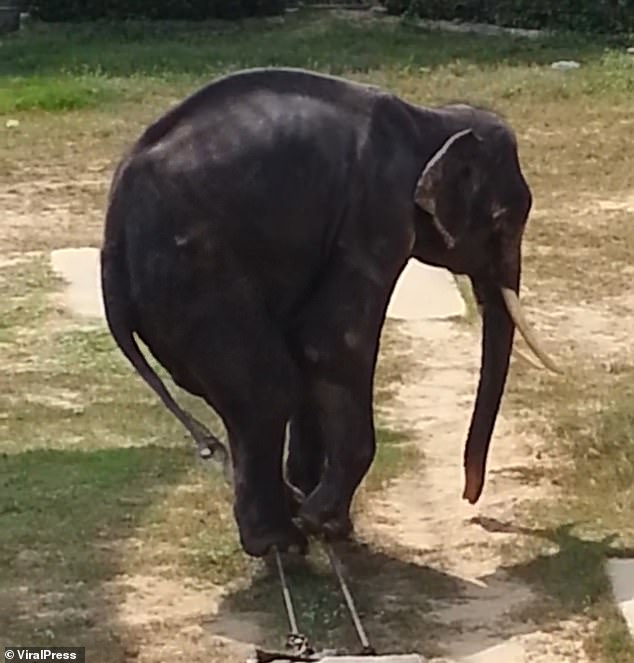 Animal rights groups, including PETA, have since pressured tour companies to stop taking holidaymakers to the enclosure.

Thailand has so far declared 2,643 coronavirus cases and 43 deaths.